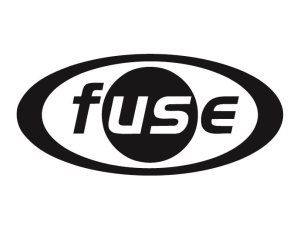 Berlin born DJ, producer and label owner Ben Klock is without a doubt one of the most significant characters in techno’s recent history. A resident at Berghain since its opening in 2004, he has been able to leave his mark on the club’s unique sound, in turn the special space influenced Klock’s approach as a DJ and producer as well. Due to his busy schedule this date was the last opportunity for us to have him this year and with his last two marathon sets in mind, we didn’t want to miss on the opportunity to offer you this one more time!

Playing techno sets full of hypnotic, deep and heavy grooves, releasing records on Ostgut Ton and last but not least the aesthetics of his own label Klockworks (founded in 2006), have earned him an excellent international reputation over the last few years. Supported by stringent and enthralling tracks, remixes for such diverse artists as Kerri Chandler, Martyn or Depeche Mode, the revered debut album “One” on Ostgut Ton and his Berghain mix, Ben Klock’s name is synonymous with the vitalization of an essential definition of techno.

His music is free of crippling nostalgia and rather wins you over with consistency, tension, and dynamics and time and time again with a sensibility, one would usually expect from house music. In this vein, Klock pursues an unexacting fusion of quantum jumps and tradition – including effortless melodies or hook lines. Being able to harmonize this method of industrial austerity, natural musicality and an impressive physicality is Ben Klock’s great art and skill.

With Mike Dehnert we are presenting one of the currently most interesting Modern Techno Music producers. He is founder of the label Fachwerk Records on which he is publishing under his own name. His Live Acts and DJ Sets are as remarkable as his productions and you won‘t ever hear him playing any self-pleasing or incidental grooves.

Mostly Mike is playing his own unpublished tracks. He did just put his ability to the test within collabarations with Clone rec. and the Clone Basemnet Series. On the super limited 12″ MD2 Series , Echocord Color and Deeply Rooted House rec. (The Planet E side label) Mike Dehnert is presenting again his great variety in music.

San Francisco Bay Area native Marc Barrite created the DJ/production alias Dave Aju as a vehicle for his unique take on electronic music. Working at his own pace, Dave Aju has come to be known as a reliable source for fresh and expressive sounds, combining knowledge and passion for the roots of dance music culture with a natural fascination with sound and an adventurous approach, unafraid to try new things. A broad palette of outside musical influences can be found in Aju’s work, though his jazz upbringing and hip-hop foundation are clearly at the core, with an overall warm, laid back, unmistakably west coast vibe.

Dave Aju remixes, DJ sets, and live performances are currently in demand at labels, clubs, and festivals across the globe, and favored by a number of forward-thinking peers including Matthew Herbert, who has recently commissioned Aju for an EP release. His debut full-length album Open Wide is still causing a stir in the electronic music community after being nominated for the honorable Preis der Deutschen Schallplattenkritik, and praised by both everyday music-lovers and esteemed colleagues for it’s bold attempt at bridging diverse sub-genres and the experimental yet effective use of only his mouth and voice as sound sources.

Present on dance floors all over the world, Cabanne is one of french scene pillars’. Educated with Jazz & Soul this is as guitarist that he began to learn the ropes in the electronic world. Party animal from the premises, it’s first with an Atari and then in the raves that he discovered electronic music.

Stakeholder of the idea that music have to be shared, he is at the origin of many collaborations like Ultrakurt with David Gluck or Copacabannark with Ark. Alongside this two projects, he also was a member of the legendary project Narodnikki gathering artists like: Dandy Jack, Dimbiman, Luciano, Daniel Bell, Richie Hawtin, Akufen or Ricardo Villalobos…